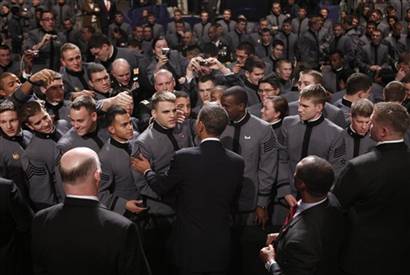 Do you think President Obama’s plan is the answer?  Did he put all his efforts into Afghanistan, just as Bush did in Iraq?  I mean what can you logically decide to do in such a situation.  His administration has inherited this war.  How do you make a wrong, right?  Can you?  Or do you just strategize and try and determine the best decision to make for not only the American people, but the Afghan people and all involved.  Making a decision about a war is more than a head scratcher.  I think it would be great to just depart, bring the troops home.  But, then there are always consequences, for instance no civilian structure for the Afghan people would be in place.  There will always be a “but” or “consider our troops” statement etc.  Either way you slice it, it’s difficult.  Let’s just pray on the situation.  That’s my answer for everything!