Who said #Madras isn’t sexy ??? Introducing The Creole Dress available at the Danalee Francesca Boutique.  It’s the perfect item to wear on vacation. 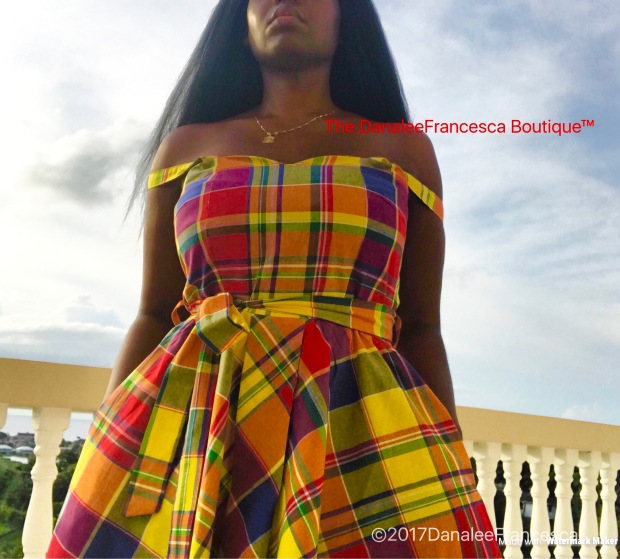 The history about the material, “known as the madras, is named after its place of origin, Madras, #India. The origins of the Madras lie in the pre-emancipation days of #St. Lucia, when African slaves on the island would don the colourful dress during feast days. Normally a single colour, one piece item, originally worn as a sarong, later becoming a simple tunic with holes for the arms and head, and a simple rope belt. On feast days and special occasions, free women and slaves would wear the colourful clothes, now known as Creole dress.”
We recently celebrated Jounen Kwéyòl in #StLucia, known as Creole Day.   Most people commemorate this day by wearing the island’s National Wear such as the #WobDwiete or you can wear clothing out of the Madras, which is what I’m wearing. 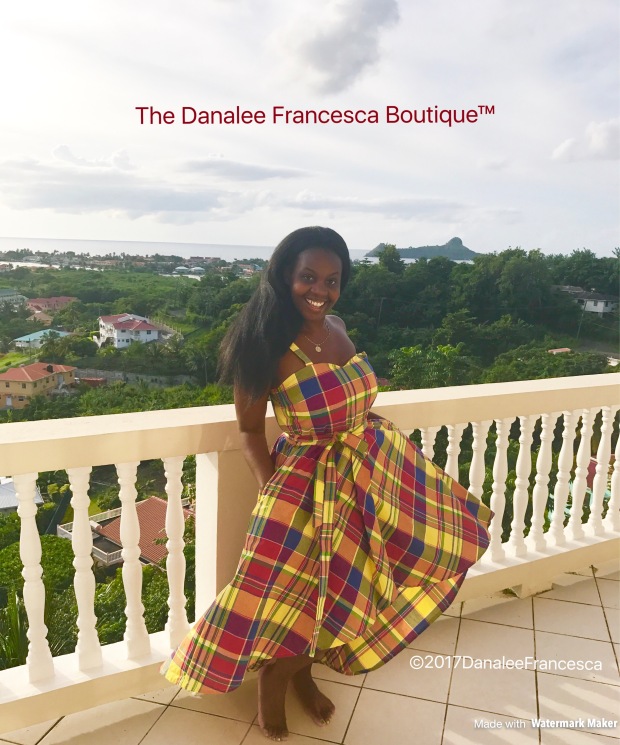 A little #history about Jounen Kwéyòl “It is celebrated in Saint Lucia on the last Sunday of #October across the entire #island, and has been held annually since 1984. On the Sunday of this week, the various towns chosen to host this festival put out the result of their grand preparations; local dishes and foods such as roast breadfruit, Green Fig and Salt Fish (The National Dish of Saint Lucia), plantain, king fish, Manicou (opossum), Souse (a soup made with pork and often cucumber), fried bake and floats, Accra (a fried dough which contains salt fish), Paime (otherwise known as Conkies) and a famous dish known as Bouillon (fish, chicken or meat stewed with dasheen, yams, plantains, bananas & dumplings).” 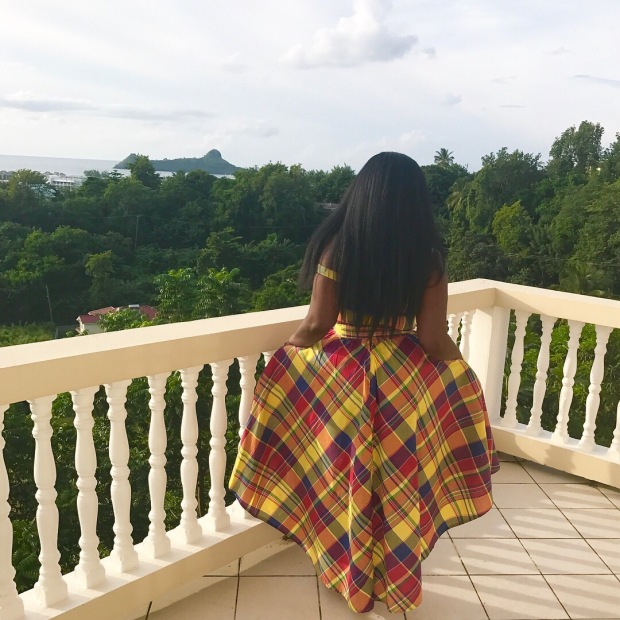 Shop the look!  Take us on your next vacation.  If you don’t see your size on the site, just send us an e-mail or call us, we take custom orders.  Info in the “About Danalee Francesca” section!